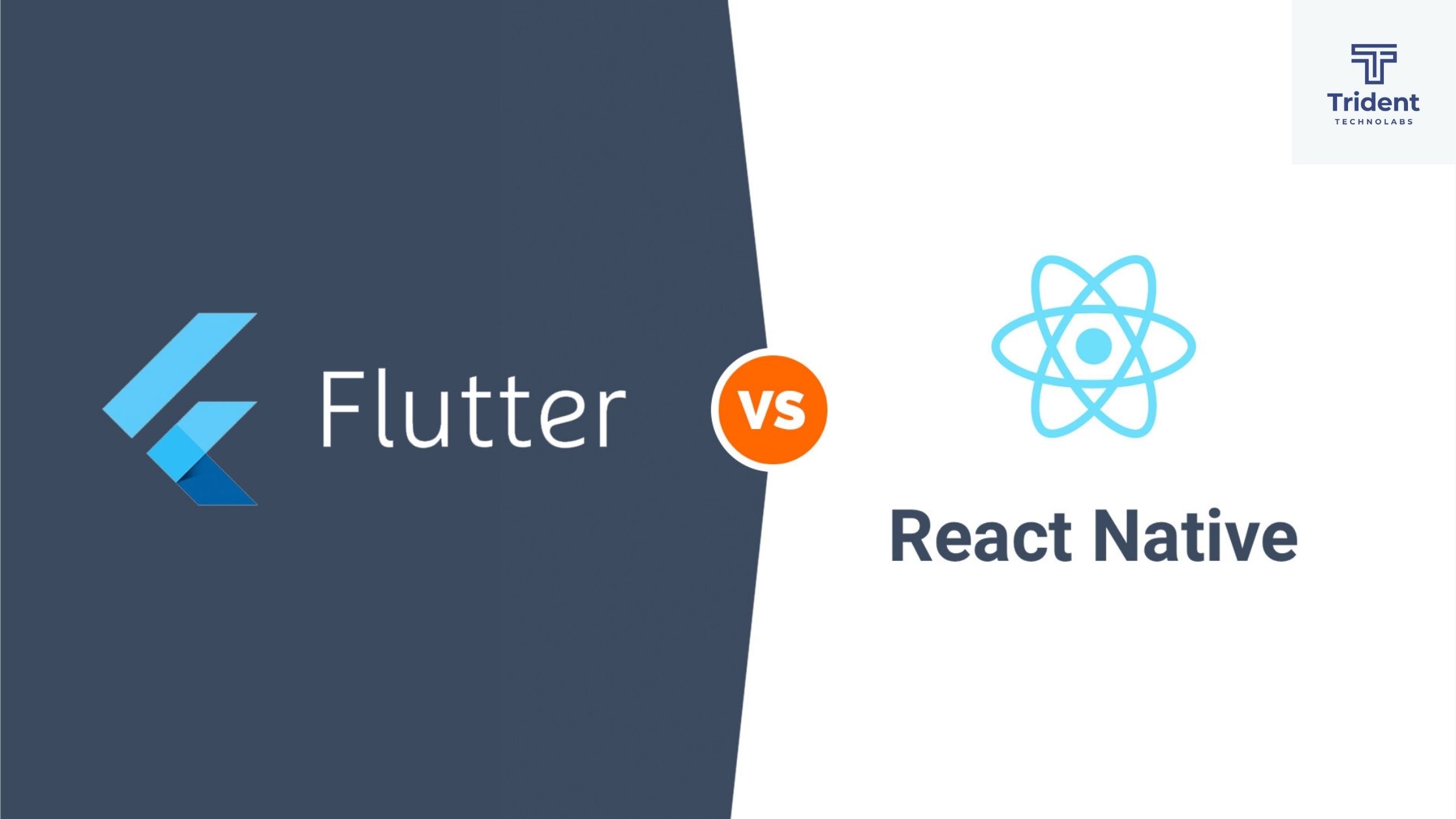 Flutter vs React Native: Differences You Need To Know

This article Flutter vs React Native draws the appropriate comparison and helps you choose the best cross-platform framework for your project.

Creating mobile applications has always been a fundamental pillar of the tech industry but having multiple platforms for which different apps need to be developed has been an issue for some time. Apart from having to maintain two teams, one for Android and one for iOS, there’s always a gap between the applications developed as they are made by totally different teams. That’s what gave birth to the idea of creating cross-platform mobile applications.

There are many types and solutions but the most popular one right now is by creating compiled apps that give the closest performance to that of the real native applications. The most powerful contenders in that field at this moment are Google’s Flutter and Facebook’s React Native. Let’s have look strengths and weaknesses of both Flutter and React Native and do an objective Flutter vs react native comparison.

Flutter is a reactive cross-platform mobile development framework that uses the Dart language. Dart and Flutter have been created by Google who’s using the framework for some of its biggest applications and is constantly pushing the framework towards being the ultimate solution for creating cross-platform apps. Its initial alpha release was back in May 2017 so it’s much younger than React Native.

So flutter is a reactive framework, what does that mean? Well, let’s talk a little about reactive programming and why it’s really powerful and useful especially in the case of app development. Let’s say you want to send a request to a server and do something depending on the response. If you take an action before a response is back i.e before you have an object you’d be taking an action that will result in the famous billion-dollar mistake, a null reference. If you come from the Android and Java world you’d know that one of the main motives behind Kotlin was eliminating the null reference.

Things go out of control if you’re data is coming asynchronously, and it’s not one request being sent, but instead, a stream of user clicks for example, and there are many parts of your program that need to respond to the incoming data.

This problem gave birth to a paradigm in programming known as reactive programming, which lays at the heart of the Dart language.

The main building block of a Flutter application is a widget. Widgets are analogous to components in React Native. Flutter comes with a large number of ready-to-use widgets, most of which implement the material design concepts. There are two types of widgets, stateless widgets, and stateful widgets, just like class and functional components in React.

Unfortunately, Flutter’s widgets are not adaptive, so you have to make the platform-specific adaptation manually.

It’s fairly easy to get started with Flutter, all you need to do is to download the flutter package, unzip it, and then create an environment variable pointing to a folder inside of the that unzipped folder. And you’d be pretty much ready to go, however, you might need to download Android Studio and set up and emulator if you don’t want to use your phone.

Flutter supports the Hot Reload feature, which enables you to rerun your application with the adjustments you make while developing and speeds up development. Flutter is currently officially supported on Android Studio, IntelliJ Idea, and Visual Studio Code.

Flutter is certainly behind React Native when it comes to the Ecosystem, as React Native is already been there for two years before Flutter was released, and is well established with tons of packages already. However, Flutter is catching up with a tremendous pace, and many-core packages for mobile development are available for public use and the Flutter Ecosystem is driving a crazy momentum with the dedication of the community. Right now, there are over 1450 packages available for Flutter on the official dartlang.org.

When it comes to performance, Flutter’s approach is quite different than that of React Native, or even NativeScript. Flutter’s application is compiled using arm C/C++ library so that it’s closer to machine language and gives better native performance. Not just the UI components are compiled, but the whole thing.

Dart is quite a performant language on its own, and many people believe that in terms of performance, Flutter has got the upper hand, although it’s hard to definitely judge as there are many factors involved in the performance.

Flutter is very young, which makes everybody uncertain about the best architecture to implement for your application. However, there are a few architectures that are popular among the Flutter community.

You can use the BLoC architecture, which stands for Business Logic Component. The architecture was depicted by Google in the DartConf2018 and it states that the business logic should be taken out of the presentation layer and placed in the business logic components. The BLoC pattern heavily relies on streams and RxDart ( Reactive Dart), a good tool to better understand streams is RxMarbles.

There are other architectures present in the realm of flutter, for instance, if you’re more comfortable using Redux/Flux, you can use these patterns instead, and there are packages in Flutter that make this possible. For small applications and trying out the framework, storing state inside of the components would suffice.

What is React Native

React Native is perhaps the renowned world champion of cross-platform mobile development. React Native is a javascript framework built upon the React library, both created by Facebook, and it allows you to ship IOS and Android apps with a single code base. It’s used primarily by Facebook, Instagram, Airbnb, and many others. React Native started out as an internal hackathon project at Facebook back in 2013, and in 2015 it was released to the public.

React Native uses component, but instead of using the web components that you have in the web like Div and H1, you use the set of components provided by the react-native library for mobile development. React Native also uses a virtual DOM, but not to manipulate a DOM since there isn’t one, but instead, it is used to communicate with native UI elements.

The number of widgets provided by React-Native is not as big as Flutter’s yet it’s quite inclusive, in addition, some of these components are adaptive, so they can figure out which platform they’re running on, whether IOS or Android and render the compositions suitable for that platform.

Getting started with React Native is also pretty easy, you can get started by installing the create-react-native-app package with npm install create-react-native-package and then using it to create a new React Native application. There’s a cool thing about development with React Native, which is that the create react native provides an Expo integration. Expo lets you run your code on your mobile device without having to wire it up, by just scanning a QR code that appears on the console.

React Native has been there for a long time, so it’s supported by most if not all editors you’d want to use and it also supports hot reload. When it comes to packages, React Native is the clear winner, with over 5 times the number of packages available for a flutter, by nature of being there for more than three years. It’s a mature framework now and much more stable than flutter.

React Native’s documentation is pretty good, and is more user-friendly, in that it explains what the props are, what they stand for and how to use them. The official documentation also includes guides and popular topics in cross-platform development with React Native like how to install and use native modules or create platform-specific components

React Native’s approach is different than Flutter’s. The entire application isn’t compiled to C/C++ or a native language, instead, the UI components are compiled to their native equivalents, and the JS runs in a separate thread and communicates with native modules for any action needed through a bridge. This allows React Native to be much faster and more performant than hybrid alternatives like Ionic/Cordova but puts it in a tough spot when compared to Flutter who’s one step closer to the native applications.

Of course, to have a definitive winner in the performance game is quite tricky, as there are many factors involved like the device the application is running on, and for some people, React Native outperformed Flutter, though in general cases flutter should have the upper hand.

The development team benchmarked the Facebook Events app made to React Native to learn more about React to Native’s performance. You’d notice that for all tasks performed, initializing Javascript and requiring the modules is the most draining task. There are many optimization areas for React Native to increase its performance like lazy requiring and lazy native modules loading and incremental cache read, so it’s not really that bad as you might think it is.

There are two main patterns in building React/React to native applications, which are Flux and Redux. Flux is the one created by the framework creators, Facebook, while Redux is the community’s most popular option. These frameworks are about unidirectional data flow and storing your application’s state in one central place called Store, and make your app components as stateless as possible. You can also use the Context API which is a new feature of React for managing state.

Though the below-given table, you can get the difference between flutter vs react native.

React Native and Flutter both have their pros and cons, but the idea is to fill the gap between the two platforms(Android and iOS). We hope the article Flutter vs React Native draws the appropriate comparison and helps you choose the best cross-platform framework for your project. Some of the industry experts have predicted that Flutter is the future of mobile app development. We would suggest that let us not predict the future, but wait and watch!
Do you use or prefer to use any of these two frameworks? Share your feedback in the comments below.