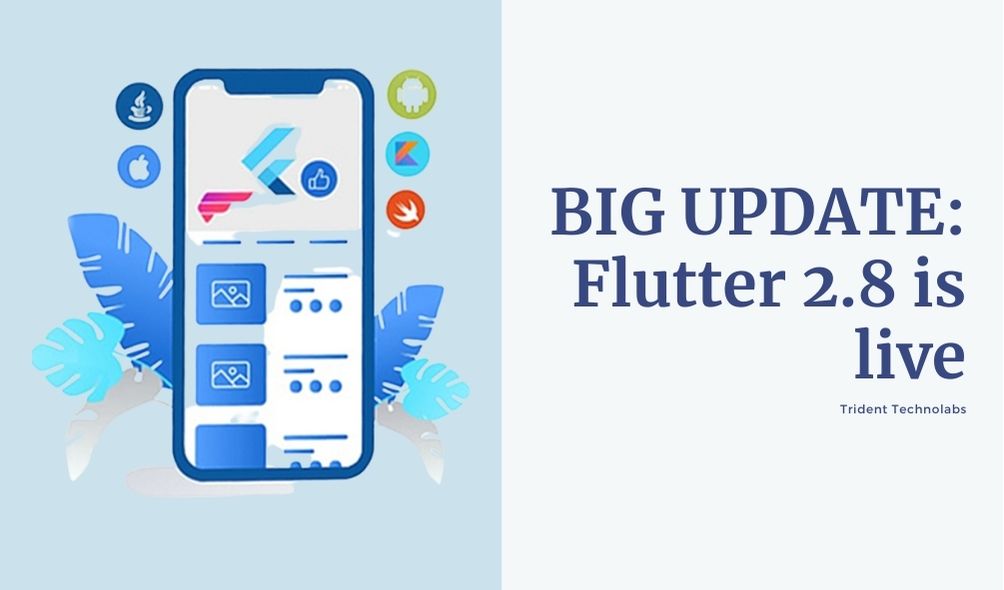 If you haven’t yet had the chance to try it out, Flutter is a way to create apps for Android, iOS, Windows, macOS, Linux, the web, and more, all from the same code. Since the launch of “Flutter 2” earlier this year, the project has seen incredible growth, as Google cites 375,000 Flutter apps in the Play Store, nearly half of which have launched since May.

Today, Flutter is getting a bump to version 2.8, for which the team has focused on improving the performance of apps on mobile devices. By simply updating to Flutter 2.8, you’ll gain these enhancements, and your apps should open faster as well as use less memory. Google is actively invested in these improvements for Flutter, as some of their core apps like Google Pay and Stadia are built with it.

Flutter 2.8 also includes a focus on making it easier to connect apps with backend services like Google’s Firebase. To that end, nearly the full suite of Firebase plugins for Flutter have been upgraded from “Beta” to “Stable.” Similarly, there’s now an official, easy-to-use widget for signing in to an app with Firebase Authentication, which covers the many edge cases, which should help save developers time and better ensure security.

As is often the case, this latest Flutter update also comes with a simultaneous update to the Dart programming language SDK, to version 2.15. Some of the previously mentioned performance boosts are thanks to this update, which means those who use Dart outside of Flutter should see some of those improvements too.

Beyond that, Dart 2.15 introduces “constructor tear-offs” which allow you to refer to a class’s constructor by name in situations like “forEach()” or “map()”. Depending on the structure of your app’s code, this might come particularly in handy for developing Flutter UI.

Meanwhile, Google is also taking time to highlight their partnership with Flame, a third-party game engine built on top of Flutter, which has reached its 1.0 stable release today. Flame is ready for 2D game development, complete with a game loop and support for necessary tools for physics, animation, and mapping.