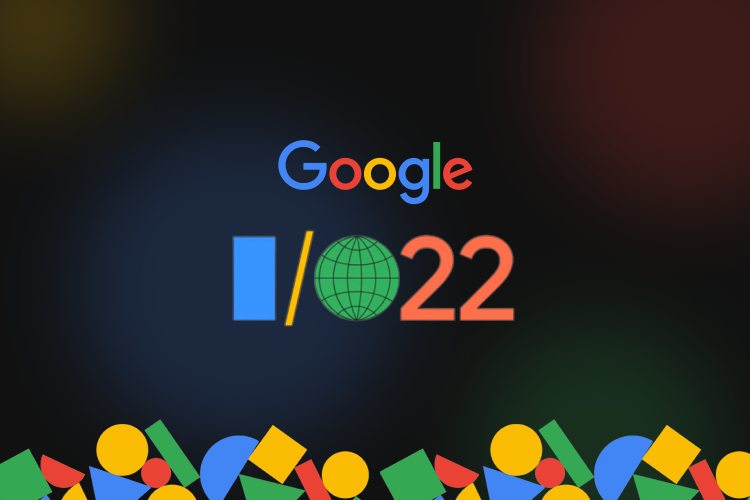 What Google Announced for Developers at Google I/O 2022?

Google I/O is an annual event that Google conducts to announce its biggest software changes and updates. Google I/O 2022 took place from May 11 to 12, bringing with it some significant changes.

The event covers some notable declarations for Android developers:

Read more to learn about the latest software announcements by Google and make your next Android project a success!

Google I/O has always been mainly a developer-focused event. Here are the most important announcements Google made during and after the I/O developer keynote.

Now, the second Android 13 beta is also available. You can prepare your applications for the most recent privacy and security features, such as, enhanced permissions for pairing with handy devices and using media files, the privacy-safeguarding photo selector, and the new notification permission.

You can make your application more robust by accessing features like themed app icons and app-specific language assistance.

Moreover, you can develop by following modern standards like Bluetooth LE Audio and HDR video. You can try Android 13 Beta on some particular foldables, tablets, and phones.

Google launched Jetpack Compose 1.2 Beta, which addresses one of the most well-known bugs by adding includeFontPadding, an adjustable parameter. It allows more accurate text alignment within a layout, which is why Google suggests setting this value to improper.

Furthermore, it has enhanced the magnifier to match the exact functions and behaviors of the Android magnifier in Views.

The Android Studio Dolphin allows developers to check how frequently composables can recompose with the Layout Inspector. Lots of recompositions indicate that it is possible to optimize a composable.

Moreover, Dolphin includes an Animation Coordination tool that helps developers see and scrub through the animations rapidly. Also, it adds a MultiPreview annotation so developers can develop for different screen sizes.

On the other hand, Android Studio Electric Eel features a recomposition highlighter that envisions when and which composables recompose.

Furthermore, you will get better support for Google’s Material You design language. Flutter 3 also coexists with the launch of Dart SDK 2.17.

At Google I/O 2022, Google launched Android 12L, i.e., larger screens like tablets and foldables. These have more screen space for features like multitasking, column-based layouts from the system menu, and a split-screen mode.

Improvements in Android 13 provide a delightful experience of creating and designing adaptive UIs.

These are beginner projects for basic use cases. New breakpoints that help you convert your UI depending on the space for various devices are:

You can find these predetermined classes in the JetpackWindowManger 1.1 library. The Jetpack DragAndDrop library is another notable library to create engaging UIs. It offers you helper classes to make dragging and dropping more convenient. Another one is Slidingpanelayout, which helps mix fragments intuitively.

Health Connect eases connections between applications while helping to reach more users with less effort. So, you can smoothly use and write users’ health and fitness information in your application. You need to download the Health Connect SDK as a Jetpack Library and enjoy using it.

When users give consent, Health Connect collects information from all the apps on the Android device and stores the data in an on-device datastore. It provides the users with complete information and knowledge about their fitness data. Presently, Health Connect is available in Alpha via the Jetpack Health API.

At Google I/O 2022, the Firebase team debuted Firebase Extension events. It allows developers to improve the extensions’ functionality with their code. Also, new third-party extensions for payment processing, search, and marketing launched by Typesense, RevenueCat, Stream, and Snap are now accessible in the Firebase Emulator Suite.

Now you can deploy the Firebase web applications developed with Angular Universal and Next.JS using one command: ‘firebase deploy’. We expect that assistance for other web frameworks will also come soon.

Firebase has updated its Crashlytics support to lower the effort it needs to get started, get alerts from Crashlytics, log on-demand fatal issues in applications, and group Flutter crashes more potentially.

Google declared its first wallet app in 2011. It underwent many changes, and ultimately, became Google Pay in 2018. At I/O 2022, Google announced a revamped, new Google Wallet to bring its old wallet back.

Google wants to replace the physical wallet so users can store their debit and credit cards without requiring a real wallet. Presently, the company is testing this concept in the USA to help users store their driver’s license digitally and share it using a QR code or NFC.

Moreover, it provides a generic card to use for other passes, like parking passes or library cards. You can even combine many passes. We can expect the Google Wallet to roll out to the Play Store very soon.

In its “App Quality on Google Play” session, Google declared that it will launch Android Vitals outside of the Play Console. The all-new API provides programmatic access to the Vitals metrics and issues data, including stack traces, ANR and crash rates, clusters, and counts.

Moreover, Google is trying to simplify using Android Vitals with other crash reporting tools, particularly Crashlytics from Firebase. As a result, you can now connect your Play app and Crashlytics app to get Play track data in Crashlytics.

We expect that issue clusters will also get the same name soon in both Crashlytics and Vitals, making it simpler to use them together.

Finally, Vitals can now display if a crash occurred in the background or foreground. Also, you can check the stack trace for the crash. However, it redacts the exception message as it might feature PII. Soon, Vitals will display exception messages while making sure to secure user information by redacting PII.

In 2021, Samsung and Google partnered to introduce Wear OS 3. It’s a newly built platform that brings the most exclusives from Samsung and Google. Although Wear OS 3 is presently exclusive to the Galaxy Watch 4 series, we expect to see more Wear OS 3-enabled watches soon, with the Pixel Watch being the most noteworthy one.

With Google’s partnership with Samsung, there are many more active Wear OS smartwatches available on the market. Wear OS is expected to get an Emergency SOS feature to help users simply contact a family member, friend, or emergency services directly from their wrist.

Google will launch the next-gen Wear OS smartwatches soon. We expect to see more Wear OS applications on the Play Store later this year, including Deezer and SoundCloud. Ultimately, Google Assistant will come to the Galaxy Watch 4 series “this summer”.

Google’s biggest announcement at I/O 2022 is the launch of the Google Play SDK Index. It’s a web tool that gives information about the most demanding packages on Android. In particular, you will learn what permissions they require, what apps utilize them, and code that may breach Google Play policies.

The all-new beta program named “LiveOps” will help developers submit their special events or discounts and applications to make them featured prominently by the Play Store. Currently, the LiveOps beta has some limitations, but developers can register for the possibility to join.

The Play Store will get another new feature, i.e., the capacity to handle almost fifty store listings for an application. It enables little variations between them, possibly depending on the users’ interests or region or an ad campaign.

During the “Google Assistant functionality across Android devices” session at Google I/O 2022, the organization declared that it will increase App Action support for Wear OS.

Moreover, the organization says that they will enable the health and fitness in-built indexes utilized in current apps to help users bring about a similar integration.

Google will also maximize developer access to the Shortcuts API for Android for Cars. It will simplify voice access integration in applications developed for Android Automotive and Android Auto.

On the other hand, smarter custom intents allow the Assistant to better identify immense examples of user queries via machine learning.

Using App Install Suggestions, the Assistant can route users to the Play Store and encourage them to install the app and use the functionality. Using Brandless Queries, the Assistant can decide which app can best meet users’ requirements and direct them to that app.

An app’s speed after installation can highly impact its user retention. To enhance that experience, Google has introduced Baseline Profiles. It permits libraries and applications to offer the Android runtime with metadata regarding code path use that it prioritizes before compilation.

Due to the addition of baseline profiles, Google has seen a 30% quicker app start-up times. The organization is already employing baseline profiles inside Jetpack and has added baselines to famous libraries like Compose and Fragments to help offer a more effective end-user experience.

With a lot of exclusive software changes and updates, Google has presented a better offering at its I/O 2022. You can add the enhancements and advancements in Android, Firebase, and Flutter to your applications, making the development process more seamless and convenient.

What is Google I/O?

Google I/O is an annual developer conference held by the search giant, Google. At this conference, developers get to know about the latest software updates and improvements to make and other services for the Google ecosystem.When was Google I/O 2022?